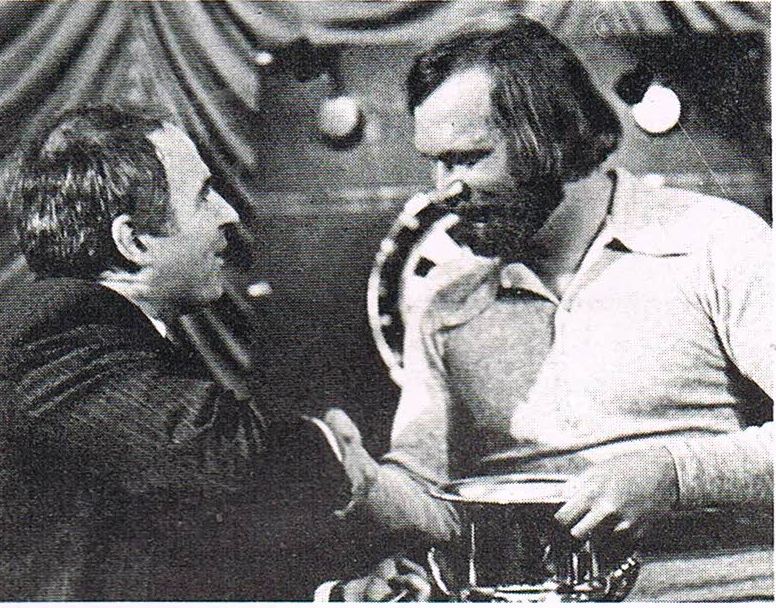 Now there’s a surname to conjure with.

I was researching something else in back issues of Darts World magazine dating back to the late 1970s when I noticed a report titled ‘John’s ticket to Wembley’ concerning the USA News of the World qualifier for 1978, John Zimnawoda.

Having never heard of this obviously talented US darter, I decided to find out more about John (pictured, left) and his road to the News of the World finals.

Certainly John’s qualification for the NoW was deemed important enough to deserve a mention in 16th January 1978 issue of The New York Times. The report, simply titled Zimnawoda Wins Darts, recorded that

John Zimnawoda of Baltimore, a 33-year old carpenter who was competing in his second United States open darts championship, won the singles crown, $3,600 [approximately £2,000] in prize money and a trip to England, yesterday, at the Biltmore Hotel.

Zimnawoda, who reached the round of 32 last year before being eliminated, this time won 10 straight matches, including a 2-0 triumph over Don Kessler Jnr, of Roebling, New Jersey., in the final.

John’s visit to London would be sponsored by the United States Darting Association (USDA), the New York Times informing its readers that ‘the winner…will receive a new automobile.’ What John Zimnawoda and his US supporters would have thought about winning a British Leyland Mini 1000 (see programme cover, right) is not recorded!

Darts World also carried the story of John’s in the April 1978 issue, calling Zimnawoda a ‘relatively unknown’ and added

The event, held on the 19th floor ballroom of the Biltmore Hotel, New York, attracted 700 entries from 38 states. To win his title in the “sudden death” knockout, John won ten straight matches.

All matches were ‘best of three’ 501, bull set at 5ft 8in and an 8ft throw as per the usual News of the World rules.

The programme notes for the News of the World ‘International Championship’ held at the Empire Pool, Wembley on Saturday 29th April 1978 added little to our knowledge of the player except that he was ‘from Glen Burnie, Maryland.’

Come the competition for real, John was drawn in the first round to play the UK’s Western Counties Divisional Champion, Roger Smith (representing The Three Firms Club, Midsomer Norton, Avon), pictured below with his News of the World Divisional trophy. Darts World reported briefly on the match played in front of an 8,000 partisan crowd stating

Chosen to compete in the first match were Roger Smith…and America’s John Zimnawoda. It is a spot dreaded by even the most hardened champions, and Zimnawoda just couldn’t get into his stride, losing in two straight sets.

His prize for making the prestigious final?  A ‘Valnova’ brand suitcase…

So John’s visit to London and his appearance in the News of the World final were brief but what an experience for the ‘relatively unknown’ US darter!

That’s really where my research into John Zimnawoda ends. I can find little more about this American darts ace but perhaps one or more of the US visitors to this website can help. If so, please write to me via my Contact page.

© 2020 Patrick Chaplin. Images © DW/PC Archive and News of the World. Used with permission.