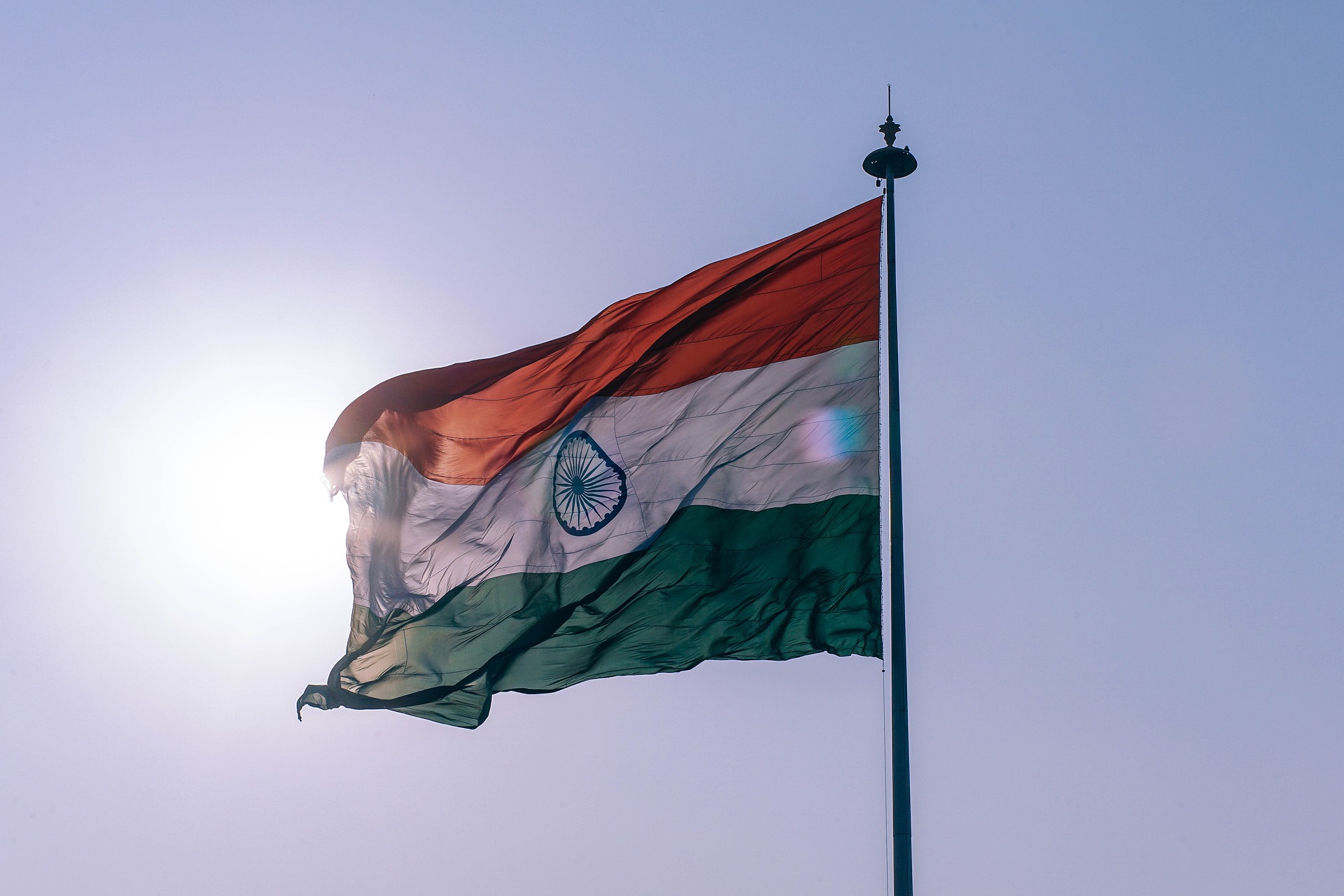 Darts as a sport is growing fast in India and during September and October individuals and teams from that country were involved in no less than four major events writes Patrick Chaplin.

One of the most successful Indian dart players in recent times is Ashfaque Sayed, captain of the Maharashtra State team. When he spoke to me in late 2004 Ashfaque told me of his short-term goals for the year ahead. However, at the time what he was asking of himself and his wife Ayesha (a top Indian ladies’ darts player) seemed incredible. Ashfaque told me, “I wanted to win the Men’s Indian National Singles darts title 2005, participate in the Singapore Open 2005, be a part of the Indian team hoping to qualify to attend the World Cup 2005, promote the sport of darts in my region and across my country and to see my wife Ayesha alongside me as a best Indian women’s darts player.”

Sounds like a tall order? Let me tell you, Ashfaque achieved it all.

He and Ayesha trained hard throughout the year for two months of top class darts competition; their first target being the 3rd National Darts Championship held in New Delhi in September. At that event Ashfaque regained his National title beating Yash Lakhotia from West Bengal 3-0 and Ayesha won her first-ever national ladies title beating Amrita Raha of West Bengal 3-2. Ayesha thus went one better than in the last two years when she had was beaten in the semi-finals.

Then, to make it a real family affair Ashfaque and his brother Mateen won the national Men’s Doubles 2-1, beating the West Bengal pairing of Mohan Goel & Elvis Jackson.

The second leg of their ‘tour’ was the Singapore Open held from 12th to 14th August at the Orchid Club. Ashfaque and Ayesha attended along with fellow darters Aneesha Mehta and their manager Prashanta Saha from >West Bengal. Prashanta had to play because key player Vinod Sawlani was not able to reach Singapore as planned. It was their first ever international event and they were therefore undoubtedly nervous. Although they did their best, Ashfaque told me, “We did not fare good as anticipated.”

Ashfaque made it through to the second round of the Men’s Singles but then lost by two games to three Paul Morier from Singapore. Ashfaque said, “Mr, Morier is a reputed player. We were two-all and in the decider I missed double tops and he snatched the game.”

Ayesha was ranked 9th in the Singapore Open. By a combination of skill, being given a ‘bye’ and with fewer women players being there than expected, Ayesha made it to the top ten but failed to accrue any points. Prashanta and Aneesha were, according to Ashfaque “unfortunate not to perform.”

Although not making much headway in the competition, Ashfaque and his team-mates enjoyed being there. “We learnt quite a bit from the international players from Singapore and Malaysia” said Ashfaque “and took tips from C. C Poh and Ravi Sandiran, two good players from that region.”

Next up was the 2005 Pacific Masters held in Perth, Australia. Ashfaque fought through to the third round where he beat a player from the Seychelles, eventually being knocked out by a Dutch player in the fourth. All the other Indian team members lost in the first round including Ayesha.

But losing had its rewards in as much as Ashfaque, Ayesha, Aneesha and Prashanta were able to spend the rest of the day watching some of the world’s best men and women players in action for the first time. Ashfaque said, “It was a real treat for us to watch top darters like Andy Fordham, Tony O’Shea, Raymond Van Barneveld, Trina Gulliver, Clare Bywaters and Simon Whitlock. They were all amazing wizards!!! Watching them was a great learning experience. Andy Fordham is a most popular bloke and yes the pretty Trina is a celebrity and probably the most popular player.”

Ashfaque probably wasn’t doing himself justice when he told me “The continuation of the onslaught on us was expected.” On the first day Ashfaque did beat a good Irish player (ranked 42nd out of 120 in the World Cup averages). “I considered that a personal victory” said Ashfaque, “as I was ranked 108th out of 120 with an average of 19.70.” In the singles Ashfaque lost in the next round to Arthur Valle of Brazil.

In the Doubles Ashfaque paired with Elvis Jackson and faced the Singapore pairing of K. Kamruddin and Shaun say Kong. The two Indian players strode into a 2-0 lead but then lost four sets in a row to lose 2-4. In the women’s section Amrita Raha and Ayesha, after losing the Singles, seemed to be on a winning streak in the ladies doubles but then lost to the Brazilians 2-3.

The youth players, played well but experienced mixed fortunes and, as Ashfaque stated, they missed a lot of opportunities. However, Ashfaque added, “Aditya Raha is a promising lad. He has been playing darts since a long time and at the national level has been unlucky not making it beyond the semi finals. In the world cup at Perth his match with the English team was exciting. Aditya was thrilled when the English team presented him with the Puma Bandit Dart board which he was very excited about. Our girls youth player Sagarika is a relative newcomer to darts but will turn good with experience and practice.

Ashfaque and his fellow team members went to the World Cup knowing that the chance of bringing away any trophies was remote – and they were right. But Ashfaque is philosophical. He told me, “We knew that playing in the internationals was going to be a steep learning curve for us all and so it proved to be, but we have taken much good advice back to India with us and are working hard to improve on our performances for next time.” He added, “We have learnt a lot from our mistakes too .Personally I have now shelved my heavy darts and have jumped back to 22-24 grams and am already seeing the difference.”

What also impressed Ashfaque and the rest of the team was the friendly atmosphere that permeated the World Cup. Ashfaque said, “It was an amazing sight to see darters from different cultures and countries mixing with each other. What particularly impressed me was the tradition of exchanging mementos and souvenirs with each other.” Unfortunately no one had alerted the India team to that tradition. “Next time” said Ashfaque, “We will bring loads of souvenirs from India to share with our international darts friends.” Ashfaque was also amazed to find so many people who wanted to know more about India. He told me, “This was very honouring for us.”

Ashfaque receives sponsorship from Puma. Considering preparation fro the future Ashfaque said, “Puma has been kind enough to send me the new set of darts in support of our sponsorship agreement and I have received some Pro Trainer Boards from them which have thin doubles and trebles bands for practice purposes. As a result of what I have learned over the past months I am hoping to elevate my game over the days and months to come.” He especially wants to work on reaching an average of 25 on a consistent basis and then proceed step by step to the late 20’s. “I am sure it’s a lot of hard work and I will be practising hard, not only on my scoring but also on my out-shots. My heart as well as my mind says it’s achievable.”

So what does the future hold? “More and more practice for us all” said Ashfaque, “so that we build a strong India darts team and enable Team India to ROAR!!! It’s a matter of two years for Team India to roar – God willing.

With such a challenge ahead you would have thought that Ashfaque’s final thoughts would have been to talk about strategy or rush off and practice, but no. “Last but not the least,” said Ashfaque, “I want to pay my gratitude to all the Australians for the hospitality they showered on us. They are a zestful lot. Every moment at Perth was a memorable experience for us. We thank all Aussies for the wonderful stay we had. And to Betty Hislop and her organising committee and team of helpers -well done – a great event managed very well.

With so many of Ashfaque’s earlier wish-list coming true in such a short space of time I think the message is clear. Look out world! The lion of India will soon be roaring through the world of darts!