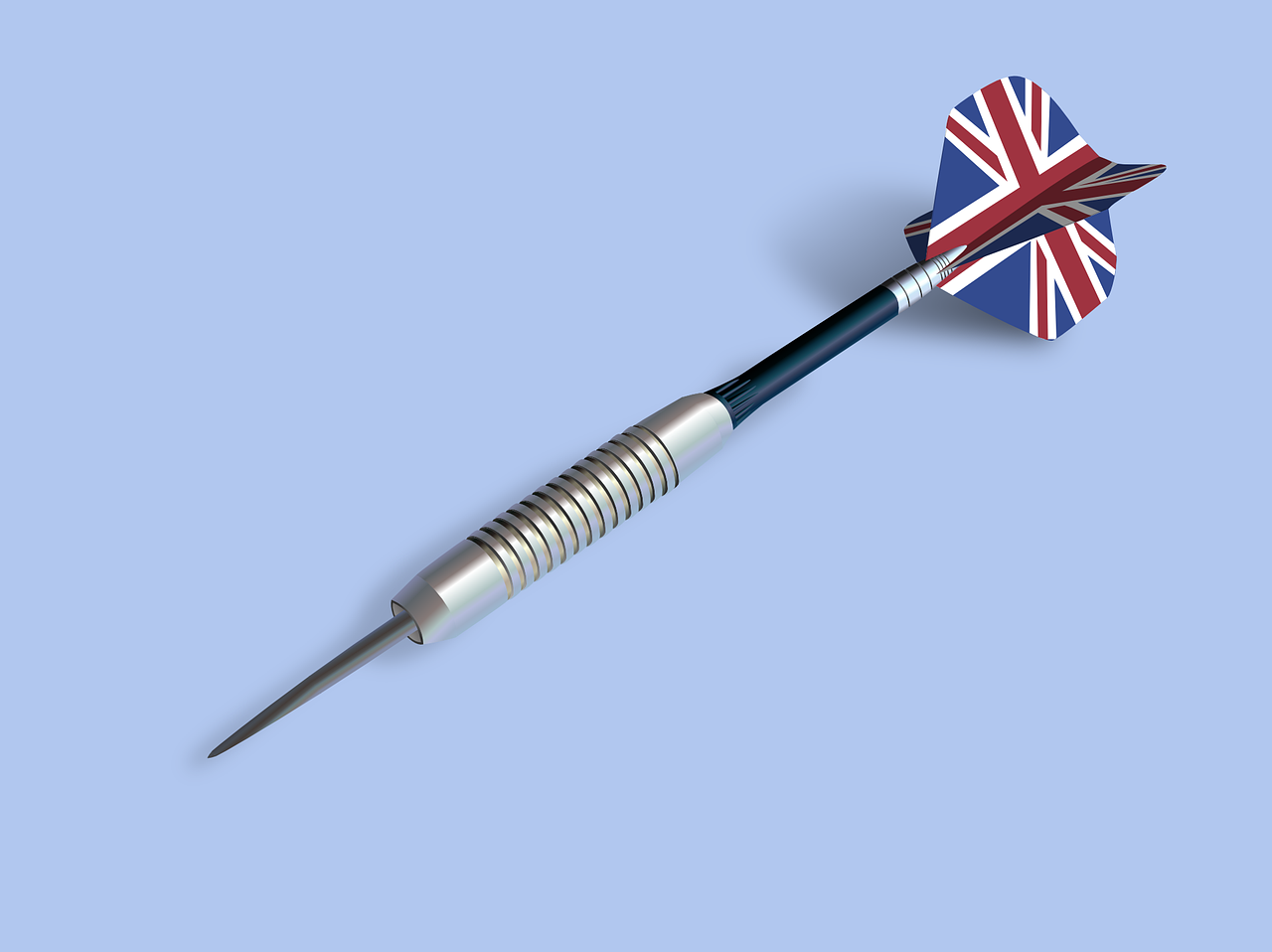 On 25th March 2005 the news was received that, after much tubthumping from both the BDO and the PDC, Sport England, at last, recognised darts as a sport.

It had taken a long, long time for those with the power to agree. How long? Well, I recalled at that time providing information to my local MP for Maldon and East Chelmsford, John Whittingdale OBE, for a debate in the House of Commons back in June 1996. Mr. Whittingdale, in 2005 the Shadow Minister for Culture, had always fought rigorously for darts recognition.

But one other MP who took up the metaphorical cudgels way back when and who fought even more rigorously than anyone else in Parliament to secure sport status for darts was Bob ‘Silver Fox’ Russell (now ‘Sir Bob’), the MP for Colchester. When the Chairman of the Professional Darts Corporation, Barry Hearn, heard the news that Sport England had classed darts as a sport he told Planetdarts, “I’d like to specifically thank…Bob Russell for his hard work in promoting this cause.”

The announcement that Sport England had finally recognised darts and officially classed it as a sport came just twenty four hours after Phil Taylor, Colin Lloyd and Bob Anderson joined over fifty MPs in a special exhibition of darts at the Houses of Parliament on 23rd March. Speaking to Planetdarts, Chairman Barry Hearn said, “I’m delighted. It’s the news we have been waiting for and we believe darts deserves.

“It’s great news for our players that they are now officially seen as proper sportsmen, which is what they deserve for the hard work and dedication that they show week-in and week-out. This will help us continue to take darts to the next level…”

Speaking to Planetdarts on behalf of Sport England, Chief Executive Roger Draper, announcing the news, said “Darts is a sport played by many thousands of people across the country. The presentation of darts as a pub game has helped popularise its cult appeal but the reality is that it is played in locations ranging from schools to village halls, social clubs and sports centres.

“By taking the lead in recognising the skills and social and community values associated with darts, we hope others will follow suit in the near future to complete its formal and official recognition as a sport.”

In March 1999, a sports writer on Bob’s local evening paper wrote “So Colchester MP Bob Russell wants darts to be classified as a sport. What twaddle, it is a pastime – a pub game at best. It is up there with Monopoly and tiddlywinks.”

Fortunately for darts, MPs and officers of Sport UK saw beyond such rhetoric and idle, uninformed banter and agreed what, in my opinion, should have been agreed many years ago and recognised darts for what it is – a sport in every sense of the word.

My personal thanks go out to Bob Russell MP, John Whittingdale MP, Kate Hoey MP (former Minster of Sport), Barry Hearn and the PDC, the officers of the BDO, in fact all those others – like Bobby George – who have campaigned long and hard for recognition.

Sadly, although darts became a recognised sport in the UK in 2005 there was still not enough time for the darts organisations to campaign successfully for the sport to be recognised by the IOC and thus it failed to be featured in the London 2012 Olympics. The World Darts Federation (WDF) assures me that the campaign is on-going. That’s as may be but I can’t help but think that the opportunity has now been lost.

In June 2005 the British Darts Organisation issued the following Press Release on behalf of the BDO dated 3rd June 05 which Robert says ‘explains everything.’

AT LAST! DARTS IS AN OFFICIAL SPORT

Darts has been unanimously recognised by all the sports councils in the UK as a bona-fide sport, following years of lobbying and a comprehensive application by the governing body for darts, the

“This is one of the greatest days in the history of darts, and is just reward for the players, officials and supporters who can at long last call darts an official sport.

“I am proud to have led the BDO’s campaign for recognition over the last ten years, and delighted that darts has at last gained rightful and official recognition from every sports council in the UK”.

Initially recognised by Sport England, Sport Wales, Sport Northern Ireland and Sport Scotland have now added their unanimous agreement that darts is to be recognised as a sport.

This is a tribute to the BDO’s submission on behalf of the sport and takes into account the undeniable status of darts as a national, international and world sport. UK Sport also acknowledge its high and growing levels of participation, and the physical, mental and dexterity skills needed to compete successfully.

Encouragingly, Sport England Chief Executive, Roger Draper, said that the Board decision looked beyond the stereotypical image of darts and took into account its many positive sporting and social values:

“The reality is that it is a sport played by many millions of people across the country in locations ranging from schools to village halls, social clubs and sports centres.

“By taking the lead in recognising the skills and social and community values associated with darts, Sport England is delighted that the other Sports Councils have followed suit to grant formal and official recognition of darts as a sport”.

The decision has been taken in direct response to the BDO application – a professionally produced 25 page document, backed up with legal and medial advice, and accompanied by an excellent and informative DVD presented by the BBC’s Ray Stubbs.

“We have never had any doubts that darts is a sport”, adds Olly Croft,

“The BDO has always seen recognition as vitally important to the long-term growth of darts from grass roots through to national, international, world and professional levels. Only the BDO has the system, the rules and the correct values in place to deliver all the criteria required by the Sports Councils”.

Crucial to the success of the application are the well-defined BDO rules and regulations, and its attitudes towards having a proper doping policy and strict guidelines in regard to drinking, smoking, dress codes and the general behaviour of players, officials and supporters.

The BDO have also been congratulated on the unanimous decision of the Board to implement both an Equity Policy and Child Protection Policy, which are now implicit in its structure.

The 16 minute DVD which accompanies the application was not only filmed with professional players and officials – men and women – at the 2005 Lakeside World Professional Darts Championships, but also features youth darts and the BDO’s involvement in the Government ‘Get On’ campaign to improve numeracy through darts.

Filmed by Daniel Monroe, an undergraduate at Chester University, it is an integral component of the BDO’s powerful, convincing and professional presentation. Among the mass of information, the DVD points out that in a recent survey a higher percentage of people stated they played darts rather than football, rugby and cricket.

It also shows that research indicates almost a third of all youngsters either play darts or are interested in it (a statistic that most other sports would struggle to emulate).

The application benefited from the legal advice and guidance of specialist sports solicitors Hammonds, Barrister Tom De La Mare, QC (nicknamed ‘The Brief’), the support of the International Darts Players Association and many players, including Bobby George, who raised the issue with Colchester MP Bob Russell in the 1990s.

Both England captain Martin Adams and team-mate Mervyn King wore pedometers during the 2005 Lakeside World Professional Darts Championships in order to illustrate the physical side of darts. During his route to the final, Martin Adams registered 25.37 kilometres in practice and matchplay. That amounted to a staggering 33,310 steps up and down the oche!

And in keeping with the physical side of darts, Dr. Peter Gregory of the Sports Medicine Department of the University of Nottingham is quoted on the DVD as saying:

“Darts involves physical activity that is of sufficient intensity that many of the general populace would benefit from taking it up on a regular basis”.

This is an extremely powerful recommendation from a highly respected medical expert who has advised, among others, the English Cricket Board.

“It must be remembered that the benefits of recognition are implicit to the long term future of darts”, adds Olly Croft. “As governing body we are charged with the responsibility of looking after the WHOLE sport. With this in mind, we need to fund youth darts, women’s darts, county darts, our national sides, and take on huge administration costs.

“Recognition will allow us the right to apply for Sports Council and Lottery grants, while our players can at last describe themselves as sportsmen and sportswomen.

“It has been a long and at times hard road, but we have succeeded and the benefits will become obvious for our members, officials and supporters over the course of time. Who knows? The prospect of darts being part of London’s 2012 Olympic bid may now be more of a reality than a dream.

“I would like to take this opportunity to thank all those involved in our application – not least of all everyone at Hammonds – for giving us so much invaluable support over the years”.