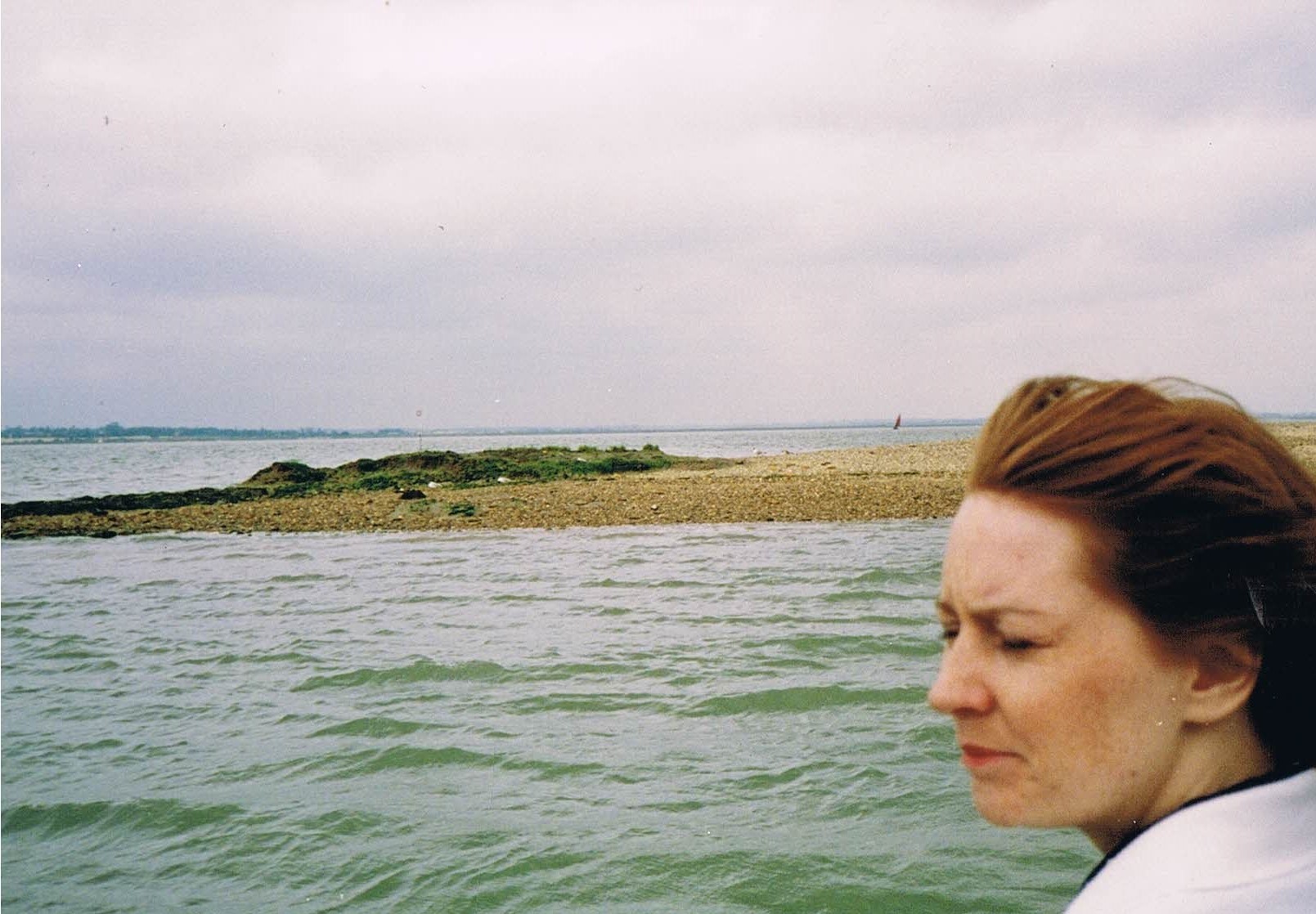 The darts world is in a state of apoplexy this morning as news emerges of the discovery on Pewet Island, Essex, England, of what experts believe to be the oldest recorded darts oche in the world.

Pewet Island lies in the Blackwater Estuary off the Dengie Peninsula and used to be accessible at low tide by a small causeway and before that the island formed part of the mainland and part of the fishing village of Bradwell-on-Sea. Nowadays the Island is in private hands and only accessible by boat. A single building stands on the Island, a large 15th century cottage which four centuries ago was The Magpie – a tavern serving the village in direct competition to the other hostelry, The Green Man.

Earlier today the owners of The Magpie called Gerald O’Lapane, a jack of all trades, – now a private house and renamed Magpie Cottage – to fix a plumbing problem. O’Lapane was up in the loft examining the water tank when he slipped and fell through the ceiling and on to the floor below. Apart from a sharp pain in one buttock he was unharmed. Much to his surprise, O’Lapane found himself in a pitch-dark coffin-like space unlit by any natural daylight. He pulled himself out of the ‘coffin’ and groped about trying to feel for a way out but there appeared to be no exit. He fumbled in his pockets for his trusty Zippo lighter. It flashed into flame – and as he moved the lighter around in a circular motion what the light revealed amazed him.

After calling for help he heard voices the other side of the wall but they could not find a way in. Within minutes the owner of the house and two burley neighbours climbed into the loft and carefully lowered a strong rope down into the void and hauled Gerald to safety. Gerald was conveyed to hospital.

Later this morning, accompanied by officials of the parish council and representatives of local history and heritage groups, a wall at the far end of Magpie Cottage was carefully removed. It revealed a perfectly preserved darts oche which local historian Dr. Steven D. McKnunn calculated as being over 350 years old. It bore some resemblance to pub oche of the early twentieth century but there were a number of clues that indicated it was much older. The dartboard was hung much lower – about four feet from floor to centre of the bullseye. The ‘coffin’ that Gerald had fallen into was in fact a small trench which Dr. McKnunn assessed had been dug so that players could attain, by stepping into it, the regulation height for play which would have been stipulated by local ordinance. The pit was exactly half of one metre deep. The dartboard, made of elm, was dried out and cracked and the wires bent; yet two darts still clung doggedly to the front of it. The numbering system was exactly the reverse of what we know today as ‘standard.’ Instead if reading clockwise, 1, 18, 4, 13, 6, 10, 15, 2, 17, 3, 19, 7, 16, 8, 11, 14, 9, 12, 5, 20 it read anticlockwise, 20, 5, 12, 9, 14, 11, 8, 16, 7, 19, 3, 17, 2, 15, 10, 6, 13, 4, 18, 1. A small candleholder was placed either side of the dartboard to afford illumination. A primitive scoreboard and the residue found inside a clay pipe on a small table within the niche were carbon-dated on site and confirmed Dr. McKnunn’s theories of being 17th century origin.

Bernard Crass, curator of the local museum, confirmed that Magpie Cottage had been built about 1389 and between that date until its conversion to a private dwelling in 1924 had always been an alehouse, beerhouse or, in more modern terminology, a public house. Originally called The Magpie, it had changed its name in 1888 to the Rabbit and Husk and then again after the Great War to the General Laughter. The latter was named after a local war hero General Sir Derek Ragged-Staffe who gained his nickname of ‘General Laughter’ when keeping his troops amused in the trenches by telling them crude jokes and making them smile before ordering them ‘over the top.’

Historians, currently crawling enthusiastically all over the kitchen and gardens of Magpie Cottage, are suggesting that the oche was boarded up under the Bannyng of Alehouse Pastymes and Ochy Enclosure Acte of 1656. This was an act introduced by the Lord Protector, Oliver Cromwell to suppress enjoyment and deny all peasantry the pleasures of games in their local pub.

Whilst investigations continue, the owners of Magpie Cottage, Mary and Chris Drummond, have tentatively agreed that this unique piece of darts history will be preserved for posterity and plans are already being drawn up to install appropriate lighting in the niche and to seal the entrance with clear Perspex. The Drummonds have graciously agreed that this historical oche will be open to the public from dawn to 12 noon on 1st April every year in perpetuity.

Darts Historian, Patrick Chaplin, who lives not far from The Magpie, told reporters, “This discovery and this story are simply unbelievable!”

STOP PRESS – Gerald O’Lapane, the discoverer of the oche, is reported as recovering in St. Giles’ Hospital in the nearby town of Maldon, following a minor operation to remove a very rusty dart from his posterior.

UPDATE: Believe it or not in 2011 The Independent Magazine published this story as fact. I spend so much of my time debunking darts myths and yet now it seems that I have (indirectly) been responsible for creating one!