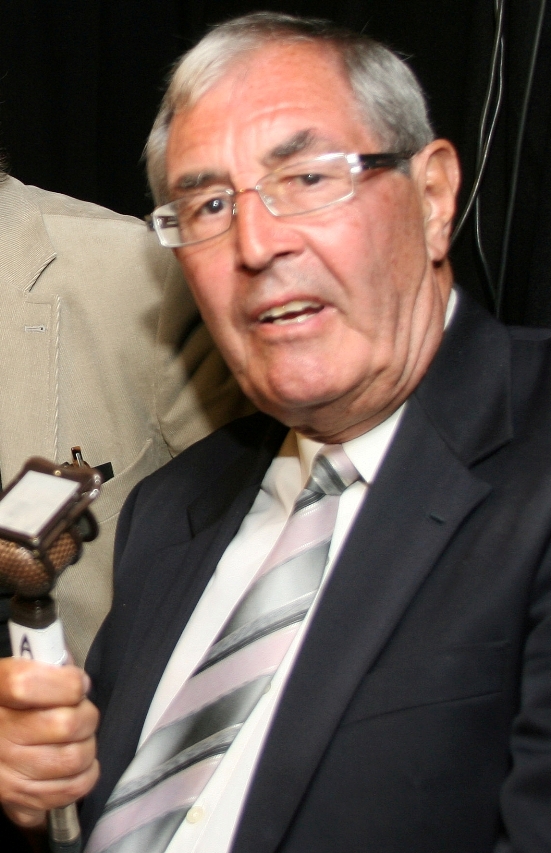 Darts commentator who brought the sport into the mainstream

The journalist and commentator Dave Lanning, who has died aged 78, covered sports as diverse as speedway (his first love), stock-car racing, motorcross and arm wrestling, but was best known as a commentator on darts, often alongside his great friend Sid Waddell.

A great breakthrough for televised darts coverage came in 1972, when John Bromley, head of ITV Sport, was persuaded by the News of the World to give the final of the newspaper’s darts championship air time on World of Sport. “This really started things up,” Lanning said in 2011. He was asked to commentate on this first “live” networked transmission of darts action. The News of the World championship, held at the Alexandra Palace, north London, had a live audience of more than 12,000 darts fans, attracting an audience of three million.

Peter Jones, a director from Leeds who worked on the event, was so taken with the fervour and potential of televising darts that he persuaded Yorkshire Television to produce their own show. They called up Sid Waddell, a producer on their regional news programme Calendar, to organise what became The Indoor League. An original, unusual and sometimes bizarre show, compered by the Yorkshire cricketer Fred Trueman, The Indoor League brought together in competition experts in pub games including bar billiards, arm wrestling, table skittles, table football and darts. Lanning was engaged for the original darts and table skittles commentary, and would later describe working on the show as “an outrageous blast of fun and spectacular characters”. The series ran from 1972 until 1977.

Lanning’s commentary style was cool, knowledgeable, insightful and extremely well-prepared, whilst Waddell’s, while also well-informed, was manic and packed with hyperbole. These two men (one from Dorset and the other a Geordie) complemented each other marvellously, managing to entertain viewers with their infectious enthusiasm for darts. Together they helped raise the profile of the “working man’s sport” into a national and international success.

Born in Poole, Dorset, Dave was the second child of Catherine (nee Brown) and Ernest Lanning. His father was a fitter and turner and both parents had also been licensees for a short period after the Second World War.

Dave was educated at Poole Grammar School and when he left school he became a reporter for the local newspaper, the Bournemouth Echo. He subsequently moved to London, where worked for, among others, the Daily Sketch, Daily Mail, TV Times, The Sun, Darts World magazine and the Mirror Group. He joined ITV Sport in 1965 and spent 27 years with the company. From 1990 until 2011, he also commentated for Sky.

Asked later about his finest moment in commentating, Lanning replied without hesitation that it was John Lowe’s first televised nine-darter (the perfect game of 501) in 1984. He also commentated on Phil “the Power” Taylor’s first nine-darter for Sky Sports in 2002, the first two nine-dart finishes in one match (Taylor v James Wade) in the Premier League final at Wembley in 2010 and (with Waddell) the first time darts was transmitted in 3-D at the World Matchplay that same year.

Lanning travelled the world covering darts, and was inducted into the Professional Darts Corporation’s Hall of Fame in 2008 in recognition of his lifetime’s contribution. On his retirement in 2011, he said, “After 38 years, I felt that I’d had a pretty good run. It was becoming clear that my style of commentary did not fit entirely with the way the Sky producers wished to project the sport.”

He retired to Poole, planning “to play a great deal of golf. I also enjoy walking on the local beaches, trying to grow orchids and bougainvilleas, spectating at cricket matches, writing a bit and, of course, watching my grandchildren blossom beautifully.”

When asked how the future of darts on TV could be secured, Lanning said: “Stick like glue to Sky. Try to find genuine championship-challenging contenders from the US, the Far East and South Africa and make [the sports promoter] Barry Hearn minister of sport.”

He is survived by his wife, Leona (nee Linford), whom he married in 1959, by his daughter, Alyson, and sons, Philip and Russell, and by seven grandchildren.

[This obituary, written by me, was first published in the UK in The Guardian on 15th November 2016 and on line a few days earlier. It was a privilege to be asked to write it about a man I only met a couple of times, spoke to on the phone on a number of occasions; someone though I felt that I had known all my life.]

The following obituary, also written by me, was featured in Darts World issue #529, January 2017

Dave Lanning, sports journalist, renowned darts commentator and erstwhile columnist in Darts World magazine died on 29th October aged 78 after a short illness. He is a great loss to the sport of darts.

Born on 24th March 1938 in Parkstone, Dorset, Dave was educated at Poole Grammar School and when he left became a reporter for the Bournemouth Echo subsequently working for, amongst others, the Daily Mail, TV Times, The Sun, Darts World magazine and the Mirror Group. In 1965 he joined ITV Sport and, during his 27 years with that company, covered many sports including darts. (The photograph shows Dave as he appeared every month in Darts World for his popular ‘In Camera’ feature.)

When, in 1972, the News of the World executives persuaded the Head of ITV Sport to give that newspaper’s darts final air time on its flagship programme World of Sport, Dave was chosen to be behind the mic. Later he told me that he recognised that this first ‘live’ transmission was one of the greatest breakthroughs in the history of televised darts. The coverage was a massive success and thus Dave’s darts commentating career proper was underway.

His commentary skills led to his involvement with Yorkshire TV’s The Indoor League where his friendship with Sid Waddell took off; a friendship that lasted until Sid’s death in 2012. Dave worked for Sky from 1990 commentating on the formative World Darts Council (later the PDC) Sky darts transmissions. Along with Sid he became one of the most recognisable voices in darts, his knowledge of and preparation for each event being second to none.

When asked in 2011 what his finest moment in darts commentary was Dave replied, “John Lowe’s first televised nine-darter (the perfect game of 501) in 1984.” In 2008 Dave was inducted into the Professional Darts Corporation’s Hall of Fame in recognition of his lifetime contribution to darts.

In retirement I asked Dave how he would wish to be remembered and he replied, modestly, “Just as a good solid pro.”  I am sure that that is how we will all remember him.

He is survived by his wife of 57 years, Leona, and by his daughter, Alyson and sons Philip and Russell and seven grandchildren.