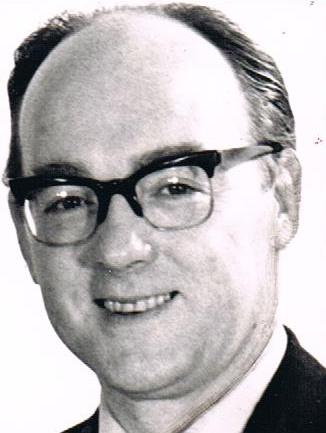 I was saddened to learn of the death in 2015 of Frank Quinn one Scotland’s greatest darts organisers and officials.

The formal notification on the Scottish Darts Association website written by the SDA Chairman Len Mutch read as follows:

‘I first met Frank Quinn in 1972, when he organised the first-ever international match in 1973 for Scotland when they entertained the mighty West of England (WOE) team at The City Halls in Glasgow. Rothmans sponsored all the match and even flew the WOE to Scotland.

Frank then brought the Scotland team to Bristol in July 1973 to play in the first Home International, along with Tom Frost (RIP). A wonderful man and a man I spent many happy hours on the phone with. We corresponded regular by letter over a number of years. ‘

Although I never met Frank, he and I had been exchanging letters, information and photographs and having chats about darts in Scotland regularly for almost ten years before his death. He was a mine of information about the sport which I suppose was to be expected of a man who was there in the very beginning, one of the instigators of the SDA back in 1971.

I learned so much from Frank.

It is to my eternal regret that I never met Frank face-to-face.