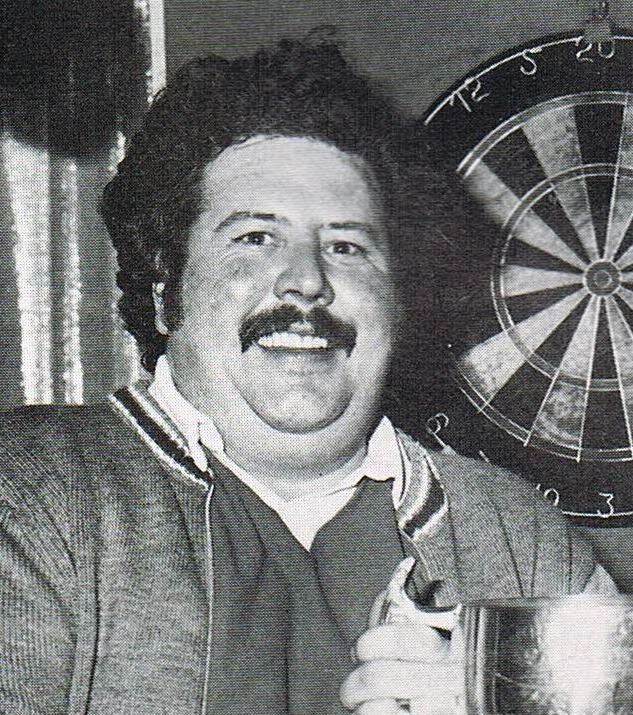 George Rogers played for Durham County on 84 occasions, 50 times for the ‘A’ team and 34 times for the ‘B’, achieving around 50% success rate in both teams, a total of 41 wins.

In early 1985 George became the News of the World North of England Divisional Darts Champion and attended the Grand Finals at Wembley Arena on Saturday 27th April that year. The programme notes read:

You can’t accuse George Rogers of being short of “bottle” – as guv’nor of Darlington’s Havelock pub, he’s got thousands of ‘em! The heavyweight County Durham star, “Podge” to his mates, doesn’t get much time to practise in opening hours – but the 13-dart leg that won him our Divisional title showed what he could do.

At the Grand Finals George met Martin Deverell, the Western Counties divisional champion in the first round and came out the winner by two games to nil. In the quarterfinals George met the Canadian champion Bob Sinnaeve. Bob, an international player well-known in world darts for over five years, had beaten Dave Whitcombe, the Eastern Counties champion, 2-1 in the first round but George overcame Bob’s challenge 2-1 to move into the semi-final. There George met the Wales divisional champion Dave Lee. Dave had dispatched Sweden’s Jan-Erik Paulsen 2-0 in the first round and America’s Dan Valletto 2-0 in the quarterfinals.

Sadly George fell one match short of the final itself as Dave Lee beat him 2-1 in the semi-finals, Dave going on to win the title with victory over the London and Home Counties divisional champion Billy Dunbar 2-0.

But it is for his darts playing for his county and for Darlington leagues that “Podge” will be most fondly remembered.