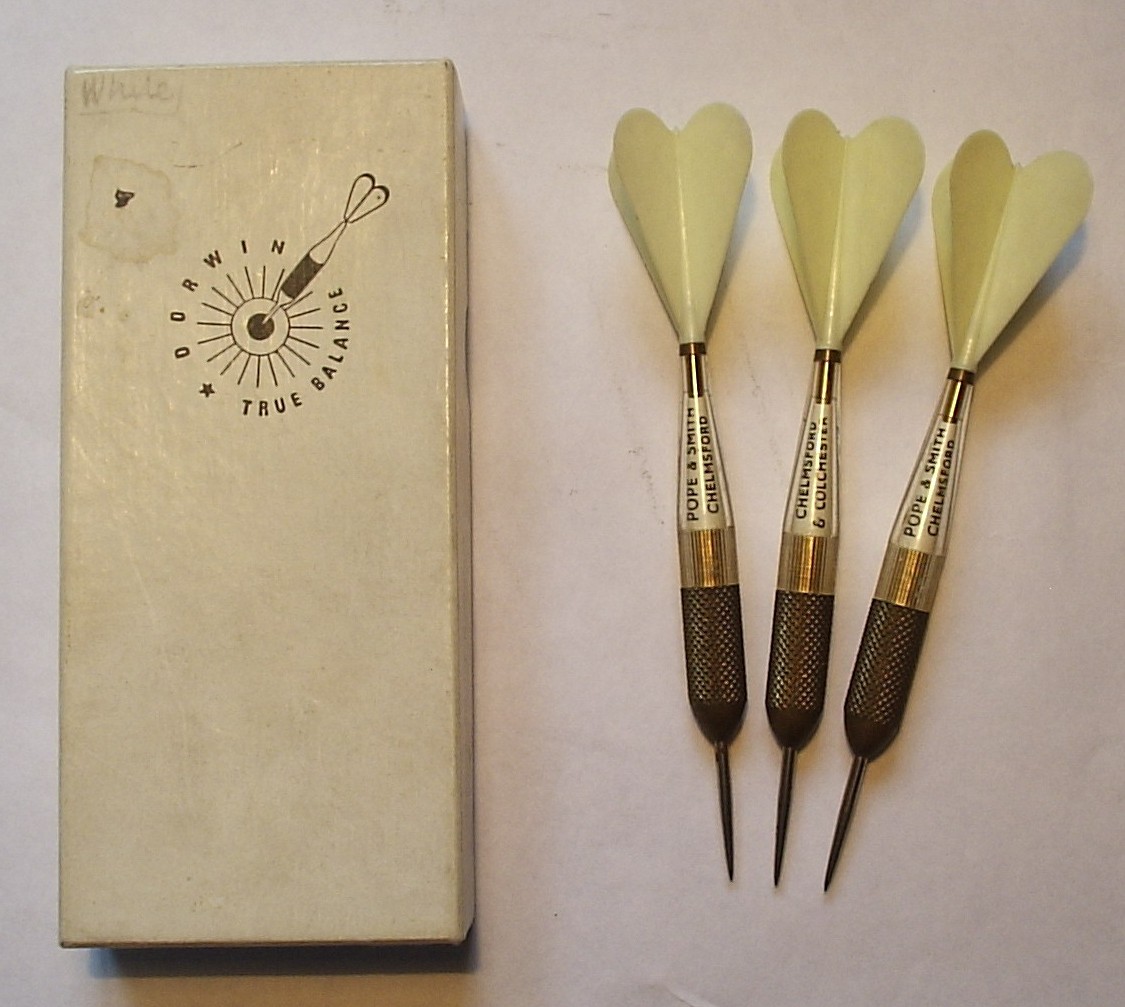 The Dorwin Pencil Co was established in the late 1930s in Colnbrook, Buckinghamshire and went into actual dart production during the Second World War. The name is a contraction of DORothy WINifred after the wife of the owner of the company.

Initially they manufactured darts which comprised of a metal barrel with a rubber grip and that a complex construction for the stem and flight holder which some have described as ‘hair grips’. They do in fact work on a similar principle. The flights are vulcanised card which was much stronger than ordinary cardboard and this additional strength meant that incoming darts could be deflected into the board rather than piercing (and probably ruining) the flight.

The company manufactured darts throughout the 1940s, 50s, 60s and 70s and into the 1980s at which point the company failed. In the early 1960s the company began to manufacture brass darts which a transparent push-on barrel, into which was often inserted advertising material, and a push-on plastic flight. These DORWIN darts were popular in pubs where the ‘advertising darts’ were used as house darts with the name of a charity inside the clear part of the barrel and players made a donation in the charity box to use the darts.

Some early examples of DORWIN Darts featured a paper insert about a darts champion named George Caley who was sponsored by DORWIN during the late 1940s/early 1950s. The advertisement shown here appears on the back of George’s book ‘How to Improve Your Darts’ which was published in 1950 and shows the type of darts the company were producing at that time. The very early sets did not have the rubber grip.

For whatever reason DORWIN Darts are very collectable today, maybe because of the vast range of advertisements that can be found in the versions with the clear plastic barrel.