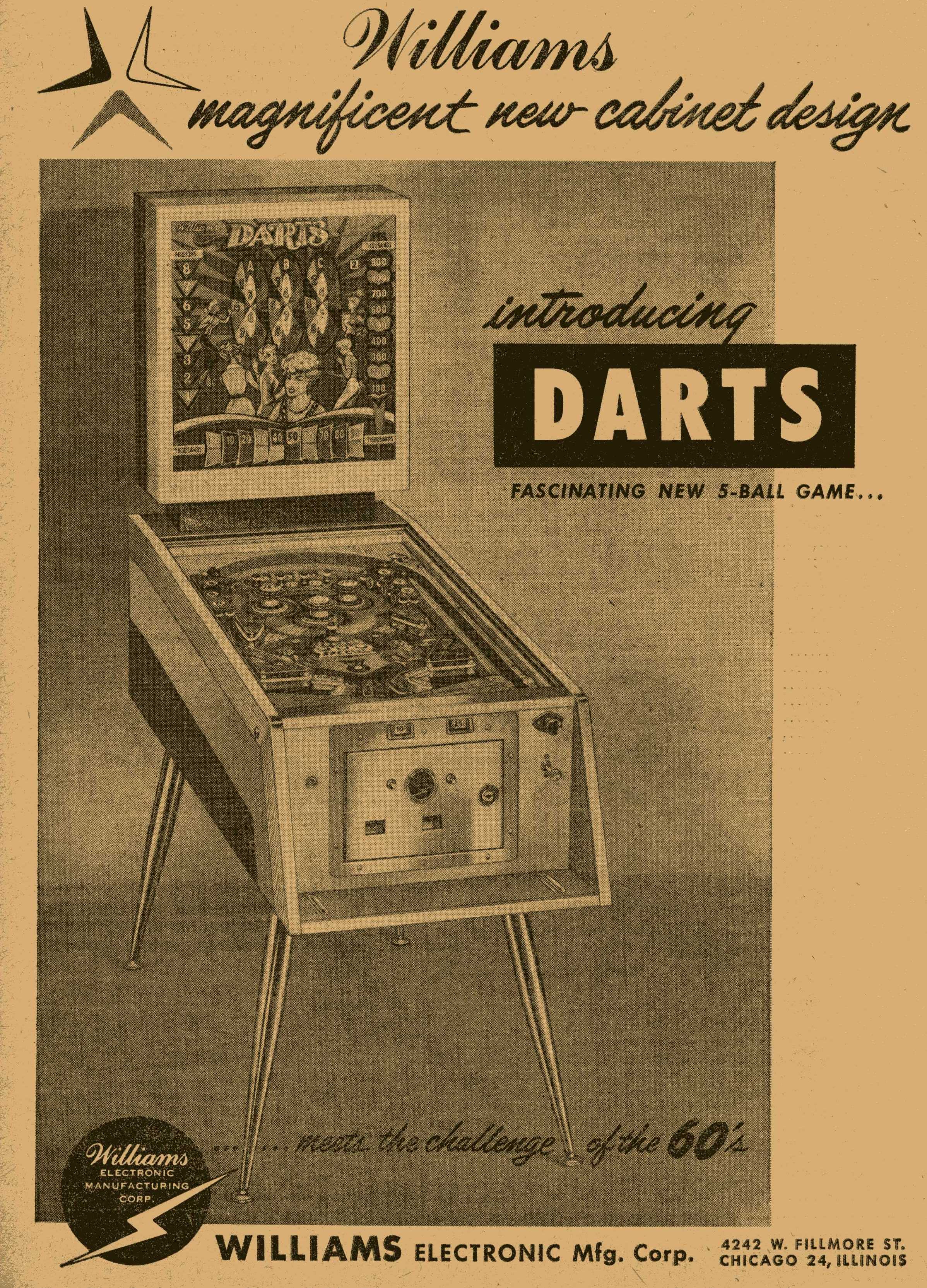 WERE YOU A DARTING PINBALL WIZARD?

Back in the early 2000s I wrote darts-related pieces regularly for the Professional Darts Corporation (PDC) often for their website and occasionally for tournament programmes. The following article was originally published in the official PDC programme in July 2002 for the World Matchplay in Blackpool.

As the sun shines down (we hope) on the Blackpool Winter Gardens and the stars of the darts world get down to the serious business of trying not to melt under the heat of the darting moment, I ask a simple question, “Were you were ever a Darts Pinball Wizard?”

In the mid-1930s author James Laver wrote that Blackpool

‘…is unique. It is pleasure without pretensions, refreshment within the reach of those who need it most, fun without the unnecessary frills which add so little to enjoyment and so much to expense. In a word, Blackpool is the place where you get more for your money than anywhere else on earth.’

(OK so that was sixteen words but we all know where he was coming from.)

At the time Laver wrote in praise of Blackpool darts was enjoying its first major ‘boom’. The first national darts organisation, the National Darts Association (NDA) was barely ten years old and had worked hard to standardise the game. The standard dartboard – the trebles board – was moving slowly and not without resistance northward from the south-east.

Darts also appeared as side stalls, a modern incarnation of the older fairground sidestuff and the owners, as today, moved with the times. When Queen Elizabeth the Queen Mother played darts at Slough in 1939, one toper had a placard on her stall bearing the legend ‘If the Queen plays darts, why shouldn’t you?’

Mass Observation (the founding parents of the modern day public opinion polls and surveys) when researching workers holidaying in Blackpool found that the craze of darts was very much alive and well in the town although it was ‘less popular than bagatelle and shove ha’penny’.

Bagatelle was a game that had been very popular in public houses from the earliest part of the 20th century. With the advent of the application of electronics – and the associated noises that accompanied this development – the resultant ‘pin tables’ or pinball machines gradually transferred from the pubs to amusement arcades.

Pinball became a favourite pastime across the UK. However, by the late 1950s its popularity was fading and the companies involved with production of the machines were up against it.  Coin-operated machines, such as bowling, were driving pinball players away and by the turn of the 1960s, only two companies in the USA were manufacturing pinball machines – namely Gottlieb and Williams.   They needed new ideas and new designs to bring the players back and it was the latter, Williams of Chicago, that came up with ‘the challenge of the 60s’, a pinball machine with a darts theme.

Called simply Darts, the design featured ‘a magnificent new streamlined cabinet’ with tubular metal legs, a recessed cigarette and drinks shelf, plus dual, sloping fins!    It was indeed a very unusual subject for an American manufacturer to choose. In the USA in the late 1950s/1960s darts was a minority sport and in Britain the game did not have the same high profile that it was to earn from the 1970s onwards.

Surprisingly, all of the characters depicted on the glass back-screen of Darts were women.  Not a male darter in sight. One strike for female emancipation perhaps?  Was Williams trying to attract more women to participate in pinball?

Whatever the Williams company motives were, Darts never caught on with players. The new design and styling for the 1960s simply did not work and in less than a year the company returned to more traditional subject material such as super heroes and drag racing.

Whether or not Darts ever found its way to Blackpool is unclear but whatever the fate of that pinball experiment, there is – as they say – nothing like the real thing.

Numerous social enquiries and secondary sources evidence that, since the 1930s, the game of darts has never left Blackpool. What the PDC has done by establishing the World Matchplay is to bring an air of permanence to the ever-changing face of darts in Blackpool.

At the same time, applying Laver’s thoughts, it is contributing to the uniqueness of the town, without pretensions, and giving the darts public great value for money.

I wonder if anyone reading this article was a Darts pinball wizard in the 1960s, either here in the UK or in the USA.