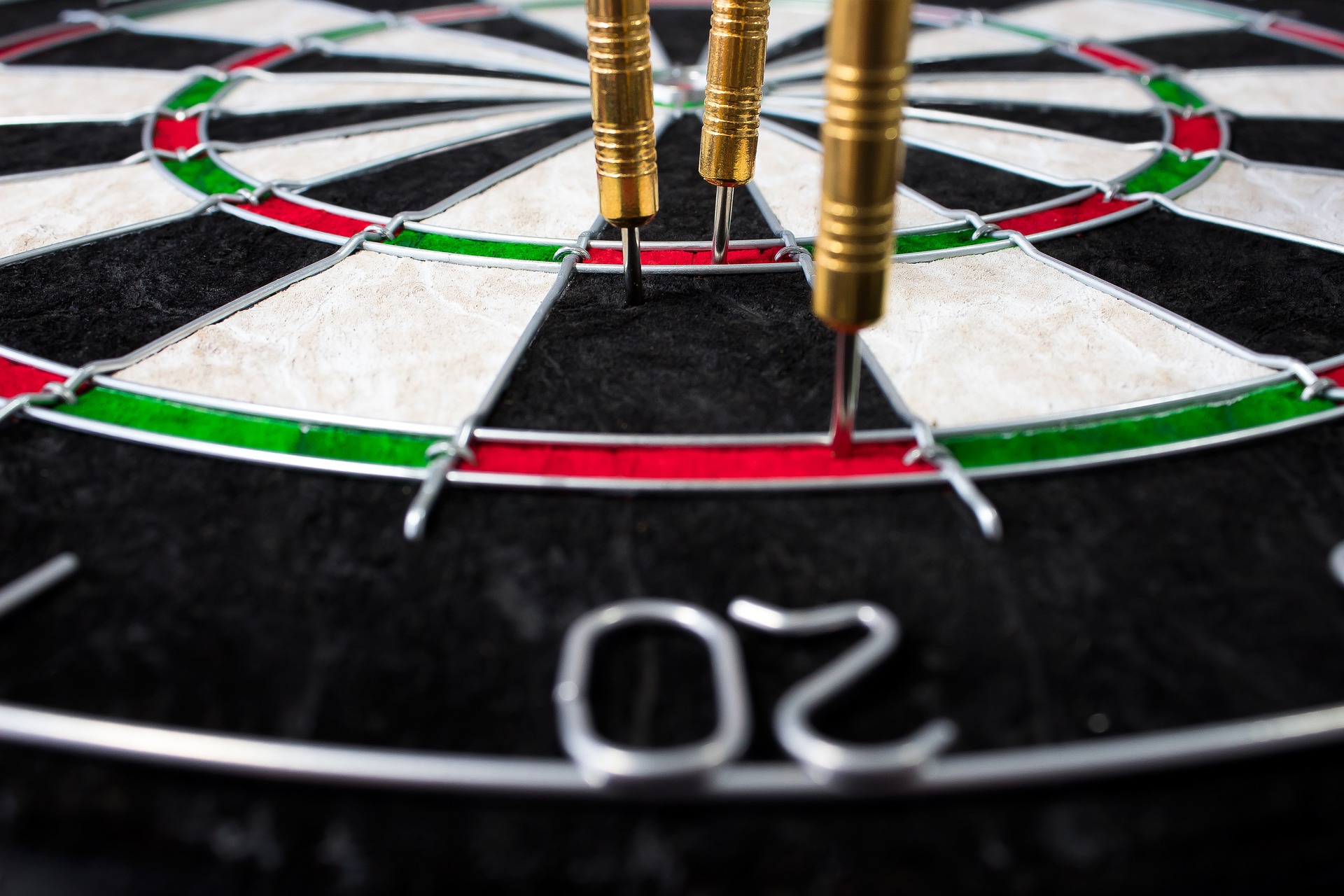 I was thinking that, if one person – Bob Lanctot of Ontario, Canada – was good enough to supply me with a truckload of darts trivia for my web site, there might well be other darts enthusiasts out there who might like to write to me with theirs.

The inspiration for this extension of an idea comes courtesy of Alun Thomas of East Sussex, England who, having visited my site and studied the darts trivia, wrote to me with the following:

What is the Highest Score with Three Darts?

What’s the highest score you can achieve with three darts?

That was the question posed to me in May 2006 by Bill Gibson of Portsmouth. I must have been under the influence of something or someone at the time because I just replied to the effect that on a standard dartboard the highest score with three darts is 180 – 3 x treble 20s.

I should have seen it coming, but I didn’t.

Bill, who describes himself as ’40 years a dartist’ and “Not too sad I hope” replied

Bill also said, “Worthy of inclusion in your famous stats website I hope!!!!”

Yes Bill. It is. Thanks to Bill Gibson for this quality piece of trivia

“WHAT?” I hear you yelling.In January 2007, I received an interesting e-mail from ‘Gary of Basildon’ concerning Darts Trivia. Gary wrote “I was reading in the trivia section [of your website] about whether it is possible to score more than 180: If you have 181 left and hit 180, then you have bust and arguably “scored” 181. Am I reaching?”

Now Gary, that’s an interesting point you make but I’m certain you’ll find that if someone with 181 remaining scored 180 in any serious darts match, the Caller would announce “No score” and not “Too many” or “Bust”. You certainly wouldn’t have ‘scored 181’, but I see where you’re coming from.